From the Land of Miracles

A reflection on the fragile balance of the daily lives of Israelis and Palestinians in peace and in war. 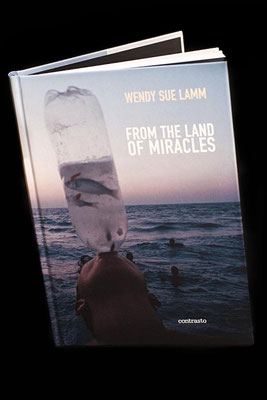 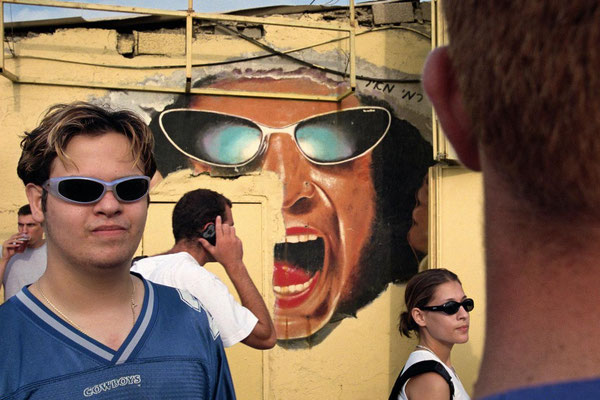 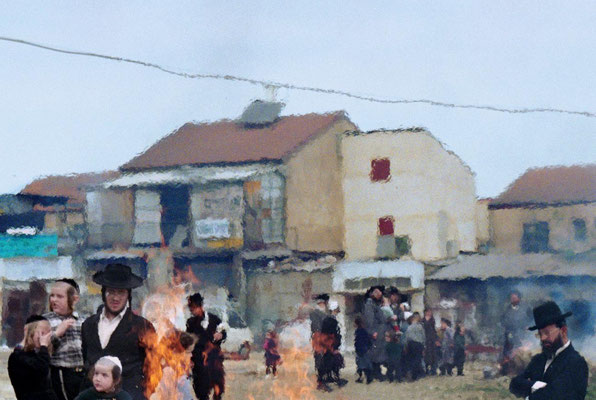 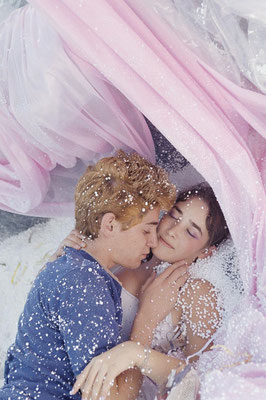 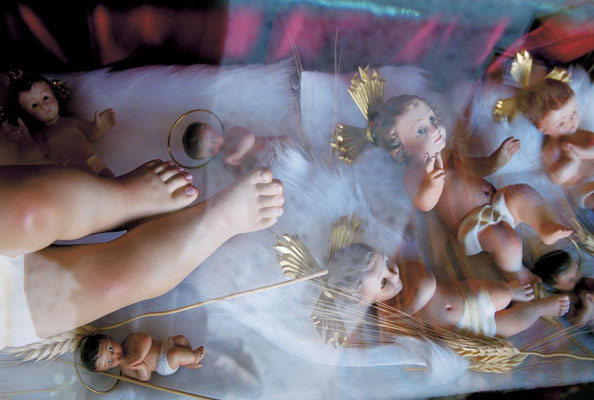 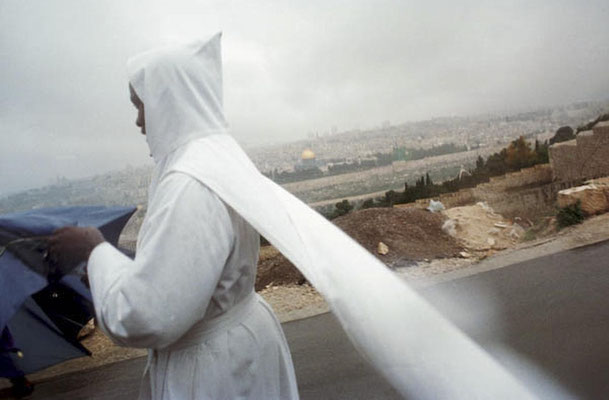 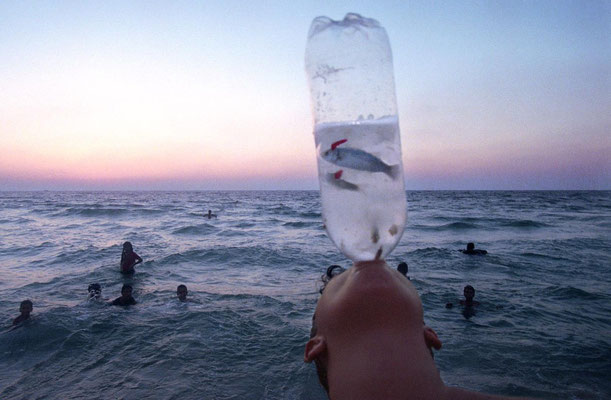 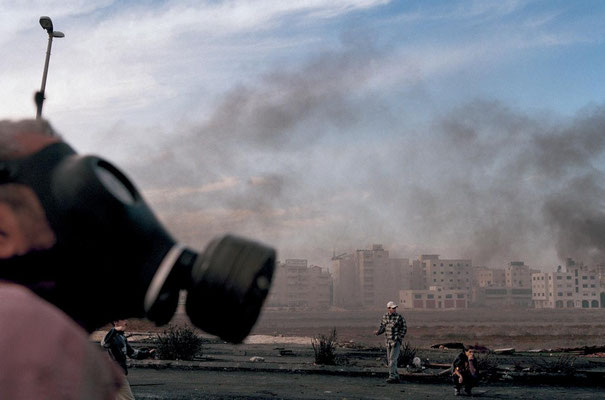 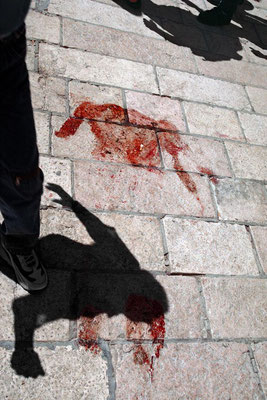 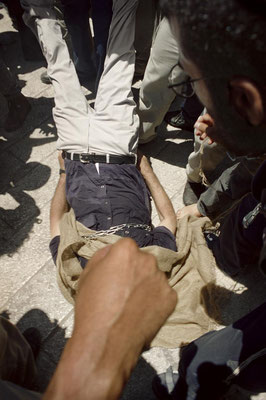 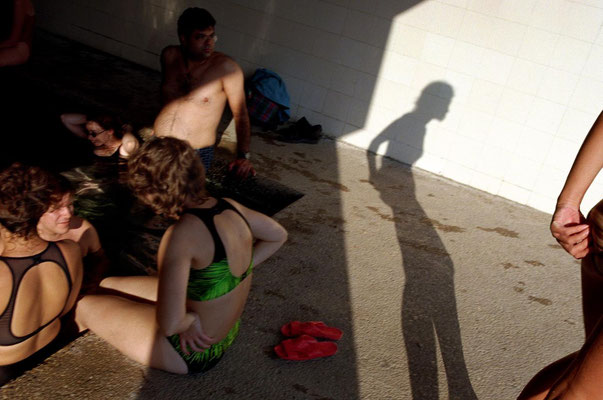 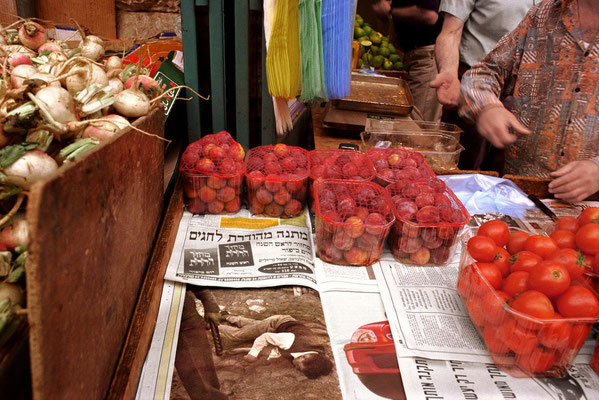 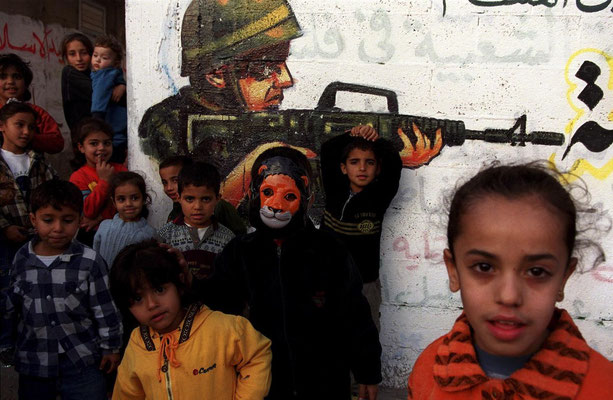 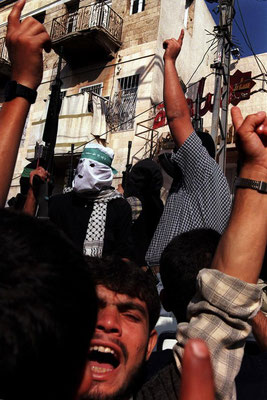 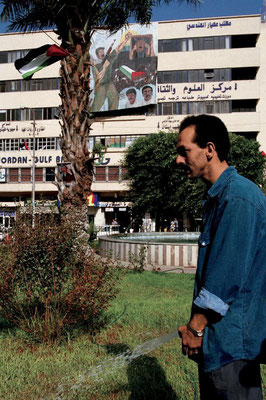 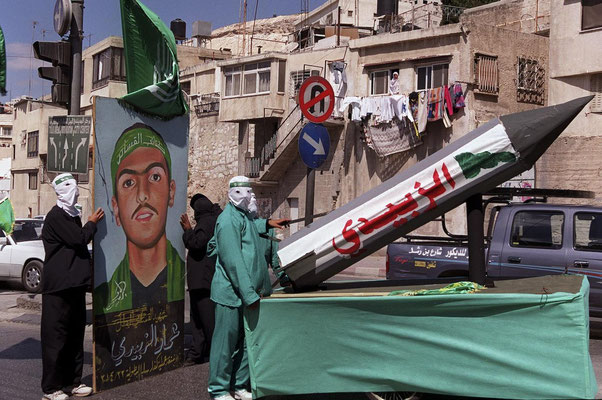 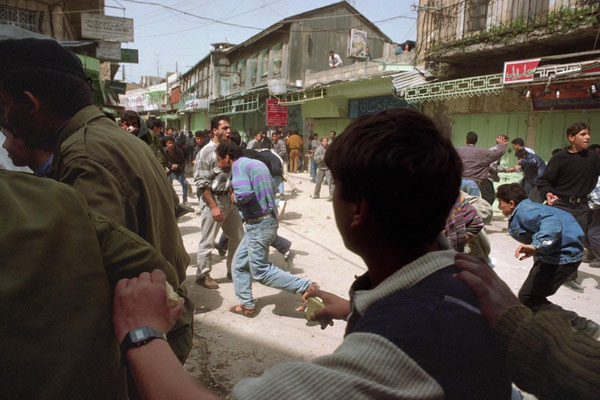 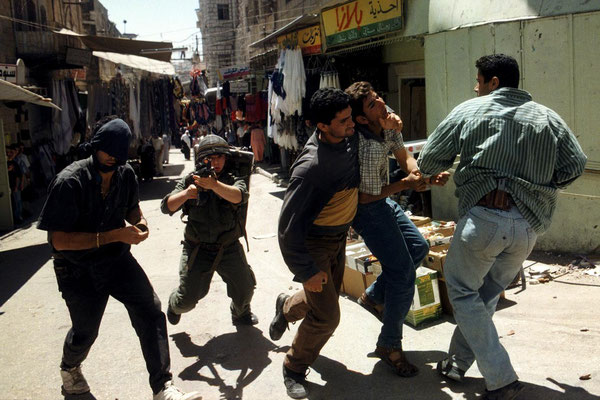 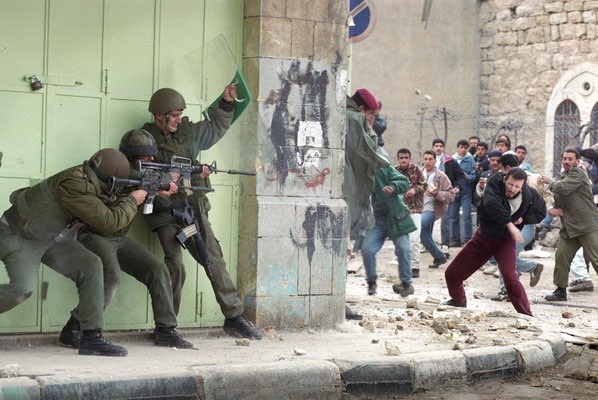 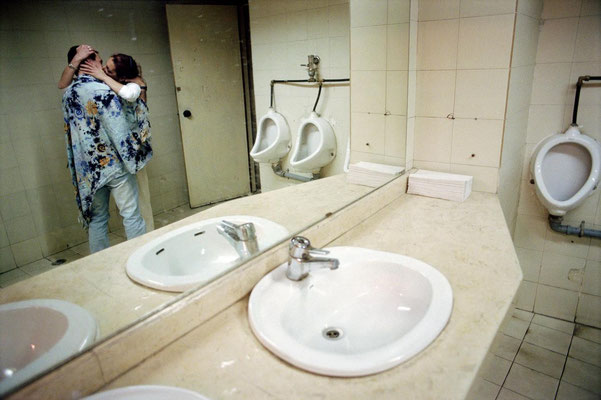 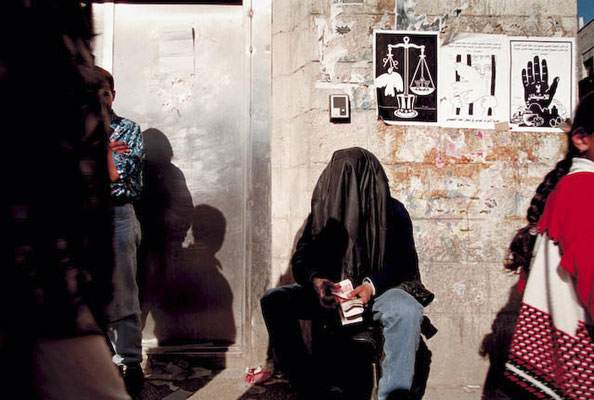 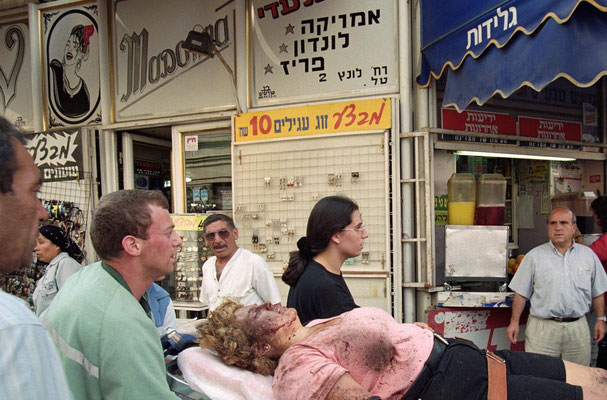 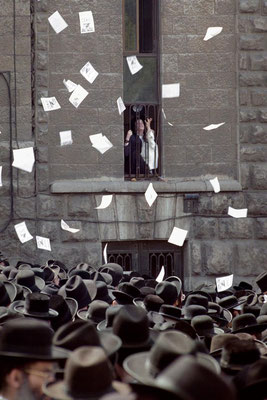 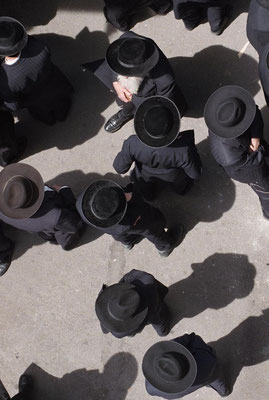 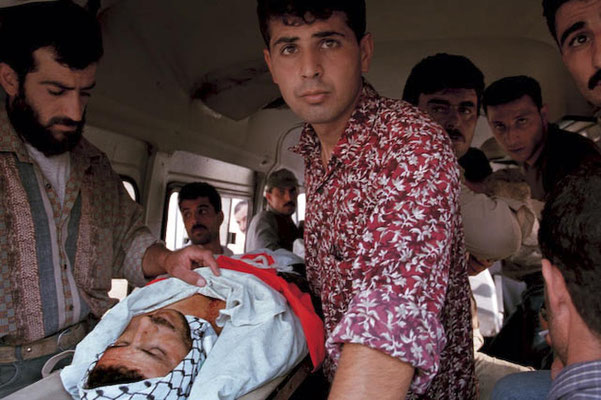 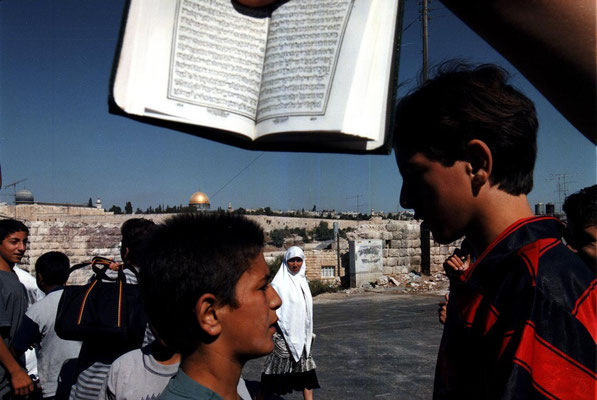 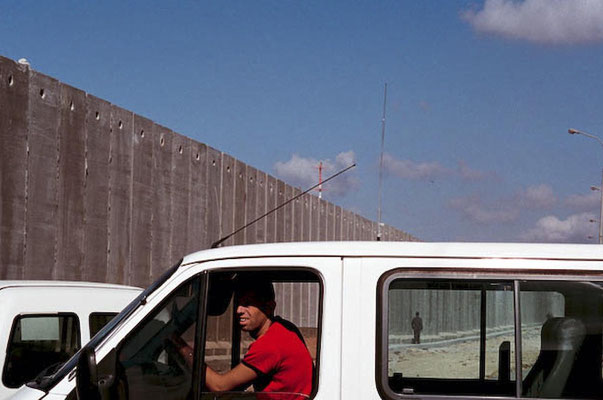 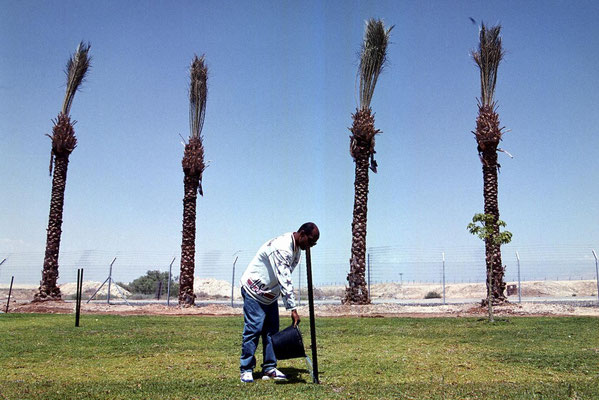 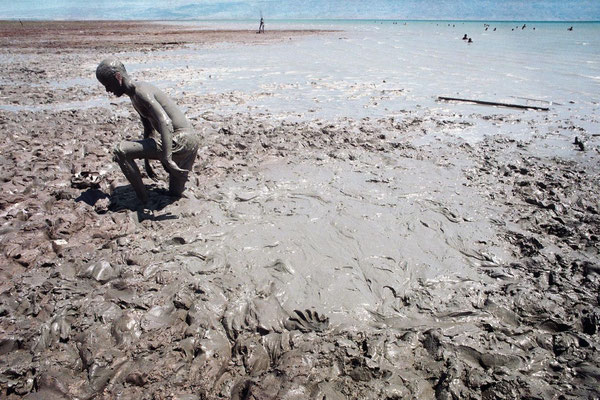 The sun is shining and the sky is blue here in the Land of Miracles. I went to the shopping mall in Jerusalem, downstairs from the shoe store (platforms are in again) and adjacent to the aerobics studio, lines of people wait for their gas masks and nerve gas serum, religious families with eight children or more have a small mountain of masks to carry home. The front page of an Israeli newspaper carries advertisements for chemical suits to wear with the masks.
This is the land where a miracle to one group of people can be a disaster to another. The proclamation of the state of Israel is the miraculous day of Independence to the Israelis. The same day is observed as the Naqba,  “The Great Catastrophe,” to the Palestinians.
Some time ago, a suicide bomber blew himself up in front of the French school in Jerusalem. His head flew into the school yard and scared all the little girls. Guys were saying they saw his enormous penis on the hood of a nearby Ford Fiesta.  A lesbian colleague told me she photographed it, when asked if it was as big as all the guys kept saying it was, she said "I wouldn't know."
I went to the West Bank town of Nablus in an armored Jeep to photograph the celebration of the anniversary of the intifada. The Palestinian areas, made up of the West Bank and the Gaza Strip, with winding borders and Israeli settlements, are described to be like a Swiss cheese, where the holes are the towns and villages, connected through roads controlled by Israeli soldiers, often separated by a concrete wall or a wire fence. During the three minutes of silence there, sirens wailed. In the parade, an Israeli tank made out of cardboard kept bumping into a papier mache Dome of the Rock Mosque, while a model of an airplane flew into a styrofoam skyscraper. There I heard that one of the militia leaders I had photographed, who had become the "most wanted" man in the West Bank, had got a new gun.  I guess either the gun was booby trapped or he didn't know how to use it, because he ended up killing his friend - also a "most wanted"  (now a martyr) - injuring another and shooting himself in his foot. It was with this injured leader that I came upon a family that had been shot while picking olives (one dead and six injured) in a random retribution by settlers.
In Gaza I went to the funeral of a bombmaker who had died in a “work related accident.” His remains were gathered up and paraded through the city in a coffin the size of a shoe box, his mourners shouted in Arabic “Liberate the holy lands, Jerusalem! Chechnya! Spain! France!” while wearing white hoods to signify their desire to become martyrs for Islam. It is said that a martyr killed during a Holy War is promised seventy-two virgins in Paradise.
An Israeli friend of a friend got her architect husband's remains returned after a train station suicide bombing - the man from the burial society handed back what was left of him in a little plastic baggie. Then the president's office called her up to offer the country’s condolences, but they kept her on hold a quarter of an hour and then hung up on her.
On Good Friday, a Jesus from Los Angeles and his entourage came to the Old City of Jerusalem for their annual Passion Play. After His crucifixion, the Roman guards brought Jesus and Mary to join the photographers at the restaurant at the Third Station of the Via Dolorosa for a pizza.
During the Jewish high-holiday season following the Jewish New Year, I went to the "Love Parade" in Tel Aviv  - “You can't stop love” was the motto for the festival. I noticed that all the other photographers had left early, a Palestinian gunman dressed in an Israeli army uniform had opened fire in a bus station, and an airplane carrying mostly Israelis was accidentally shot down over the Black Sea. But thousands of young Israelis kept on partying - girls were dancing sensually in the Mediterranean surf under the setting sun, a few meters from mounted police preparing to explode a suspicious object. As the waves lapped seductively, a nearby swimmer glided by while one of his legs, a prosthetic, waited for him on his towel on the beach.
And this is the land where Abraham fathered three religions, Judaism, Christianity, and Islam.
This is the land where the Jews say- “The children of Israel walked upon dry land in the midst of the sea; and the waters were a wall unto them on their right hand, and on their left.” - Exodus 14:29
And the Christians say-“And in the fourth watch of the night, Jesus went unto them, walking on the sea.” - Matthew 14:25
And the Moslems say “If you knew Allah as He ought to be known, you would walk on the seas, and the mountains would move at your call.”
- Mohammed, Hujwiri: Kashf al Mahjub
This is the land where the avalanche of history threatens to crush its inhabitants.
But the question on the streets remains, "What does a martyr do in Paradise with his promised seventy-two Virgins after leaving his penis on the hood of a Ford Fiesta?”

Greetings from the Land of Miracles,
and, don't forget –
"You can't stop love."

But -- You can stop war!
-Wendy Sue Lamm